Distrinet is a distributed network emulator that provides a way to distribute Mininet over multiple hosts. It can deploy experiments on Linux clusters (e.g., Grid’5000), as well as on the Amazon EC2 cloud platform.
Distrinet uses the same API as Mininet, meaning that it is fully compatible with Mininet programs.

Get started now View it on GitHub

Distrinet provides an infrastructure provisioning mechanism that automatically installs and configures LXD and SSH on each machine to be used during the experiment by means of Ansible.
Distrinet can be used in a large variety of experimental infrastructures (e.g., a single computer, a pool of Linux machines, the Grid’5000 testbed, the Amazon EC2 cloud platform). 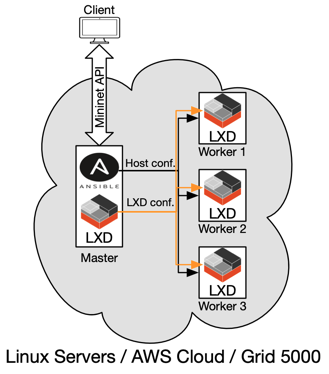 To run an experiment, Distrinet first decides which machines of the infrastructure will be used. Once the subset of machines is determined, one of the machines is used to be the Ansible master. Ansible is installed on this master node via SSH from the client machine. Ansible is used to install, deploy, and configure LXD on all the nodes used for the experiment by means of idempotent Ansible playbooks. The machines form an LXD cluster where the host used as Ansible master is the bootstrap LXD node.
Once the LXD cluster is properly deployed, the container images that will be used for the experiment are imported in the cluster. Images are automatically retrieved from the client machine images directory.
Links are modeled as virtual networks and the interfaces of the containers involved are connected through VXLAN tunnels. VXLAN is an encapsulation technique to virtualize L2 networks that provides isolation and efficient broadcast when it is deployed in multicast mode 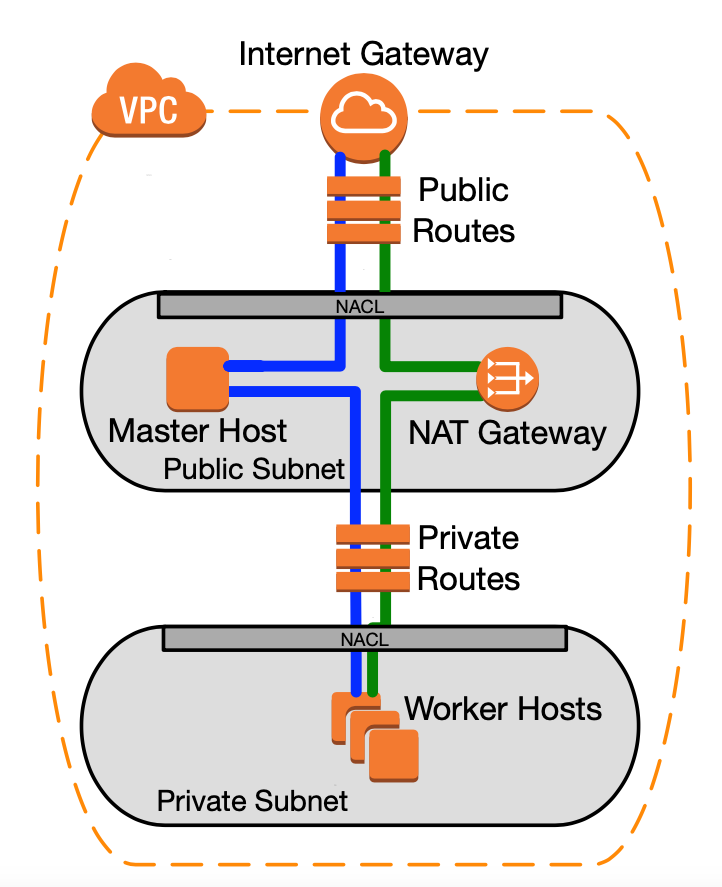 Distrinet determines the number of machines to use for an experiment and how to deploy the emulated network on these machines by first solving an optimization problem. When no optimization is provided, the placement is decided by the LXC scheduler.

In the Distrinet demo below, we run a compute-intensive experiment composed of Map-Reduce and video streaming workload on the 4-Fat-Tree topology deployed on a cluster of 12 Linux machines. 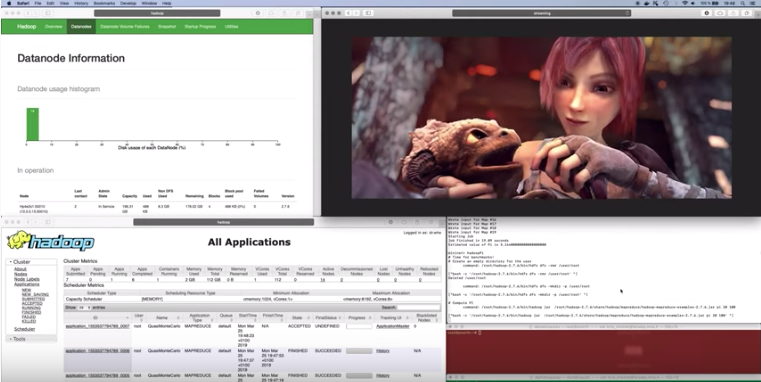 When contributing to this repository, please first discuss the change you wish to make via issue, email, or any other method with the owners of this repository before making a change. Read more about becoming a contributor in our GitHub repo.